Including Some of Her Biggest Hits Like “XOXO” and “Don’t Ask”, She’ll Drop Latest Release Along with Additional Performances by

On Saturday, November 3rd at 1:00PM the Rick Eberle Agency presents the release of Singer/Songwriter and Actress Alexa Valentino’s brand new EP at Patchogue’s 89 North Music Venue! Valentino will be joined throughout the afternoon by a number of other talented artists and bands including Jenna Rose, the Sons of Sound, and Brooke Elardo. Special Guests also include Erich Schuett, Izzy Potter, and Robert Eberle!

By listening to the intense lyrics and watching her at the keyboards, you would never know Alexa Valentino was just 13 years old and starting her first year of high school. Her first EP is coming out this year, featuring some of her biggest hits including “XOXO” and “DON’T ASK”. With a unique musical style that explores all aspects of pop music – slow, fast, sad, fun… she has it all. With a sound similar to artists like Sara Bareilles, Demi Lovato and Bea Miller, Valentino is a pop artist who is destined to be on the charts. Having recently performed her own concert at the Revolution Music Hall with her backup dancers from Trademark Talent NY, she was also a guest performer at the Huntington Art in the Park Festival, and has been featured in Dats Fuego Entertainment’s Labor Day Bash in Wildwood, NJ as well as The East Northport Festival. In addition to her singing and songwriting career, Alexa is an anti-bully advocate for the group “Free2Luv” and motivational speaker making her voice heard and teaching kids how to be upstanders in their schools and communities. She also launched her own anti-bully campaign “Upstanders Rule!” where she talks to groups of kids at Girl Scout meetings, schools and community centers. This multi-talented musician plays piano, ukulele, guitar and violin. She is an actress that has held lead roles in many regional and off-Broadway productions as well as appeared in film, web series and commercials (Most recently as Shania in NBC miniseries Ministry of Evil: The Twisted Cult of Tony Alamo, and as the voice of Daisy the Puppy TV pilot Herbie and the Smushies: Bullied at the Dog Park – a show dealing again with the topic of bullying and featuring Alexa’s original hit anti-bully song). 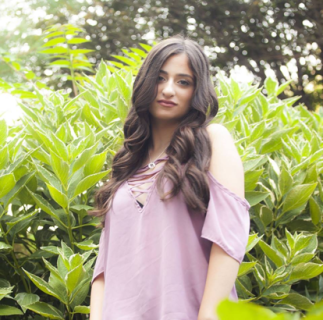 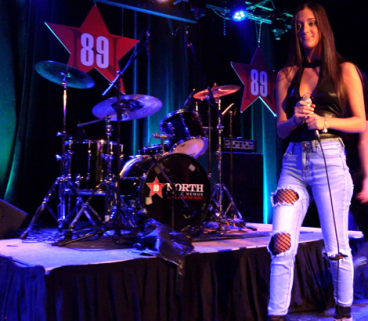 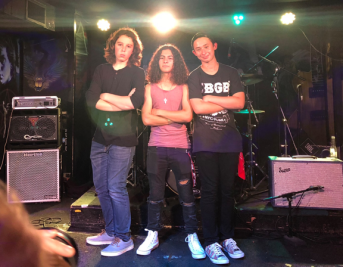 In 2010, Jenna Rose gained media attention at 11 years old with her video “My Jeans”. The Music Video went viral on Youtube with over 15 million views and catapulted her rapidly into the public arena. With this success came newspaper articles, teen magazine interviews & live performances on National Television. In 2012 she filmed a Music video for her remix of “Walk On By” with the legendary singer Dionne Warwick. Soon after in 2013, Jenna released her original song “Forget You” which played on iHeart Radio, WKTU 103.5 in NYC in the Weekend Top 30 where it stayed for 6 weeks and registered on Mediabase. Now at 18, Jenna recently released her latest original song and Official Music Video “Do Or Die” written and produced by Ryan and Jack Metzger. Jenna will be featured soon in an upcoming documentary set for release on netflix.

Sons of Sound are a rock trio consisting of 12-year-old guitarist and vocalist Ben Goldsmith, of Merrick; 14-year-old Ben Bustamante, of Valley Stream, on drums; and 15-year-old Bandini, of Oceanside, on bass. The three member rock group met at Bellmore’s School of Rock where they continue to learn and hone their impressive musical skills. The band focuses on “soulful rock,” and cover songs Wednesday night by artists such as Led Zeppelin, the Beatles and Jimi Hendrix, as well as songs from Goldsmith’s own solo EP, “No Kidding”. “Every song we play makes us better players,” Bustamante says. “More genres make us more open and change the direction we go in”. All three members of Sons of Sounds picked up their love of classic rock from their parents, who have played it for them for as long as they can remember.

Brooke Elardo is a Recording Artist, Songwriter, and Actress from New York. Brooke has had many opportunities of performing live for audiences and is best known for her original songs produced at The Loft Sound Studio, home to Madison Beer and The Janes. She has opened for some amazing artists including Aaron Carter, Riley Lynch, and Robbie Rosen as well as alongside some up and coming artists such as IM5 Band, Sarah Barrios, Jenna Rose and more. Brooke has also gotten the chance to perform on the television show “Rick’s Rising Stars”. Brooke dreams of being able to help inspire others through her music and stories. Whether she is acting, singing, writing, or telling stories, she makes sure that she puts her all into her projects and that they will leave some kind of impact for others.