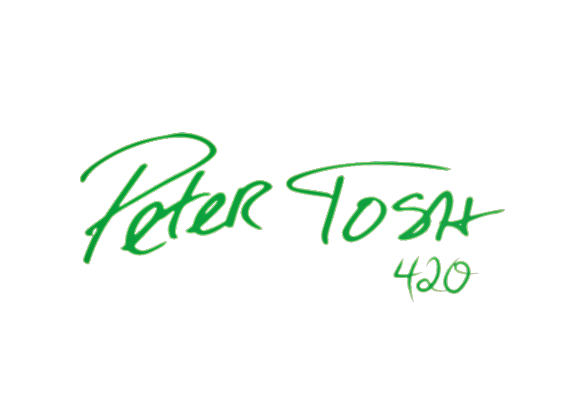 The family of the famed reggae artist and human-rights activist, Peter Tosh, launched Peter Tosh 420, a cannabis lifestyle company with a mission to organically grow the Peter Tosh legacy by providing the world with quality cannabis products for medicinal power, spiritual enlightenment, and adult enjoyment.

In Colorado, Peter Tosh 420 officially kicked-off 4/20 week on Friday, April 14, 2017at the Sensi Media Night event at City Hall in downtown Denver.  Representing the family at the event was Peter’s grandson, Andre “Dre” Tosh, who came in from Kingston, Jamaica and made a limited appearance to introduce the reggae band Hosanna, who paid tribute to the great artist and original ambassador of the legalization movement, by playing his iconic counter-culture hit “Legalize It” to the cheers of over two thousand invited guests at the event.  Dre was also on hand meeting and reasoning with fans all night at the Peter Tosh 420 Canna-bus.  “It was an inspirational evening,” commented the 22-year old Dre, a budding artist in his own right.  “I think my grandfather would have been very proud tonight seeing how much progress has been made in America and around the world towards bringing a sacred herb out of the shadows and into the light,” added Dre.

The celebration continues today, on International Peter Tosh Day, with select dispensaries in Northern California, sharing their organic premium favorites with Tosh fans.  “California represents the largest cannabis market in the world, and we have an opportunity to spread my father’s message of equal rights and justice to a diverse and cultured audience,” said Niambe McIntosh, the president of PT Capital, LLC.  “We want to re-introduce Peter’s music and legacy to those who already know him, as well as educate the younger generation about a cultural icon,” continued Ms. McIntosh.

Proceeds from every sale will be donated to the Peter Tosh Foundation, which will be administered by Peter’s family. “Our father was a staunch advocate for equal rights and justice. With Peter Tosh 420, we will honor his legacy by becoming a global force toward actualization of his ideas. The Peter Tosh Foundation will support education and social programs with an emphasis on social justice, cannabis legalization, and other humanitarian causes in Jamaica and around the world.  We are not just starting a company, we are starting a movement,” said McIntosh.

Peter Tosh 420 plans to organically build its brand awareness in both Colorado and California in 2017, and spread its message of equal rights and justice around the world in the months and years to come.  Please visit us at www.PeterTosh.com.

Peter Tosh was born Winston Hurbert McIntosh, on October 19, 1944 and was assassinated on September 11, 1987. His legacy includes being a founding member of the ground-breaking reggae group The Wailers, along with Bunny Wailer and Bob Marley. His first solo album in 1976 entitled Legalize It, became an anthem for the so-called counter culture, and he was one of the first outspoken advocates of cannabis legalization. The song, “Legalize It” was banned in Jamaica and in many countries around the world for its revolutionary message.

During the now-famous One Love Peace Concert in 1978, Peter came on stage and railed against the repressive Jamaican political and social system, and lectured the government dignitaries in the audience on cannabis legalization. He then lit up a huge spliff and broke into his anthem, “Legalize It,” shocking the entire world in the process. Several months later he was arrested by police in Kingston, held captive without being charged, and beaten to within an inch of his life. Nevertheless, he persisted to tell the truth as he saw it, and make music that called for all people to fight for equal rights and justice.

As the first artist signed to the Rolling Stones record label in 1978, he had a top hit “(You Got To Walk And) Don’t Look Back,” a duet Peter performed with Mick Jagger. He toured around the world, and to this day continues to have a devout following among his loyal fan base.

In 1987, six months after his death, Peter won a Grammy Award for best reggae album, No Nuclear War.

During his entire adult life, Peter was a true social and political activist and outspoken critic of injustice, while being a champion for equal rights, justice, and cannabis legalization.

In October, 2016, the Peter Tosh Museum opened in Kingston, Jamaica to widespread celebration and acclaim.

Rick Eberle at Rick [AT] RickEberle.com