This St. Patrick’s Day Fans Can Join In to Chat With The Band and Hear the Album Performed LIVE In It’s Entirety! 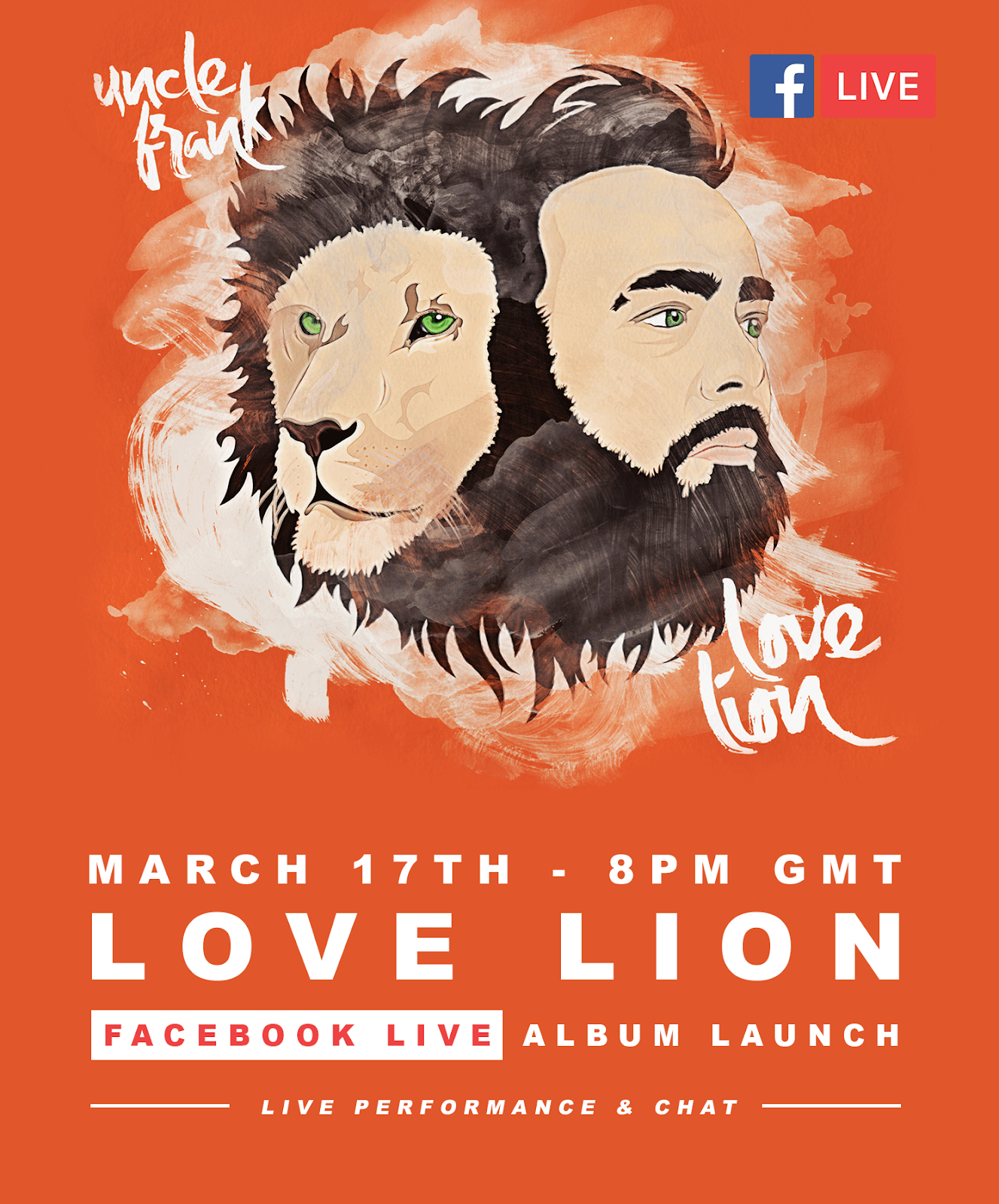 This Friday, the wait is finally over as Uncle Frank – the Funk/Pop/Hip-Hop/Rock band out of Leicester – is finally releasing their highly anticipated “Love Lion” album, and fans are invited to celebrate with the band via Facebook LIVE! After all, what’s St. Patrick’s Day without one big party?! On Friday at 8:00PM GMT, 4:00PM EST– fans can tune in and connect with the band, hear about the album’s creation, and see them perform “Love Lion” for a launch party they are sure not to forget! (More on the Band and Upcoming Shows Below)

Uncle Frank makes the best kind of music…. music with soul, funk, rage and love! The band, made up of multi-instrumentalists and producers Frank Benbini (also one third of The Fun Lovin’ Criminals) & Naim Cortazzi, the band has garnered National Radio plays from Huey Morgan on BBC6 Music and BBC Radio 2 and A-listed on Regional Radio throughout the UK. Already having made waves in 2016 with features in The Sun, Spindle Magazine, Music-News.com and The Daily Star, Uncle Frank took the last ever CMJ Music Festival by storm in October 2015 at Fat Baby in New York described as ‘The best Band at CMJ without a doubt’ by Spindle Magazine.

Touring with the legendary UB40 in America, Frank and Naim duetted with Ali Campbell and UB40 at New Jersey’s Performing Arts Centre singing a reggae version Prince’s ‘Purple Rain’ which is on the Radio Riddler album ‘Purple Reggae’ (produced by Frank and Fast from FLC) and featuring vocals from Ali Campbell, Sinead O’Connor, Suggs from Madness, Citizen Cope and Beverley Knight.

The band’s label debut album ‘SMILES FOR MILES’ released in May 2104 was Best described by Penny Black Music- ‘It is proving impossible to keep this out of my CD player at the moment. A fantastic album’. The pair’s love of music has led them to create an album that is an eclectic mix of soul, pop, jazz, funk, old-school hip hop and easy listening. Taking three-months to record ‘Smiles for Miles’ in their home studio, Benbini and Cortazzi arranged, played the majority of instruments themselves, and engineered the whole album.

Uncle Frank were signed to an unprecedented 3 album deal in 2013 by MITA Records, and their first single ‘STEP INTO MY ROOM’ was supported by an innovative tour of fans houses, performing concerts in their living rooms. This was featured by BBC 1 Television Evening News which reached an audience of 600,000 viewers. The band’s second single ‘SOMETHIN’ SOMETHIN’ accompanied by a robot animation video was featured by The Daily Express, saying “Frank Benbini and Naim Cortazzi, have spent years making music and their remarkable output ranges from soul to funk and old-school hip hop”. They then embarked upon a lengthy acoustic tour of universities in The Coffee House Sessions picking up new fans and playlists on the way. The Gay Times even premiered the Flashdance inspired video for ‘DANCE INSTRUCTOR’, which hit over 100,000 views on YouTube.

“The world needs this kind of music – because it’s real and self-made, feel-good and original.”- Uncle Frank 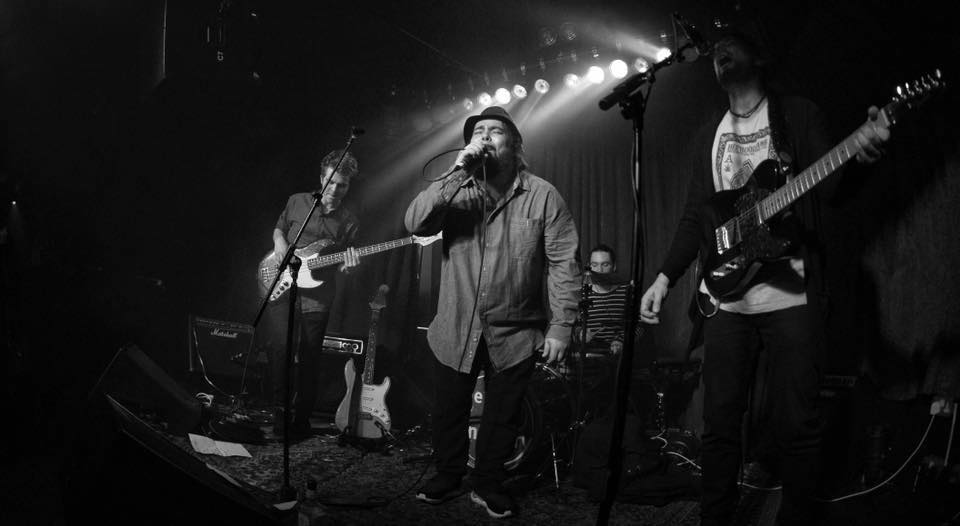 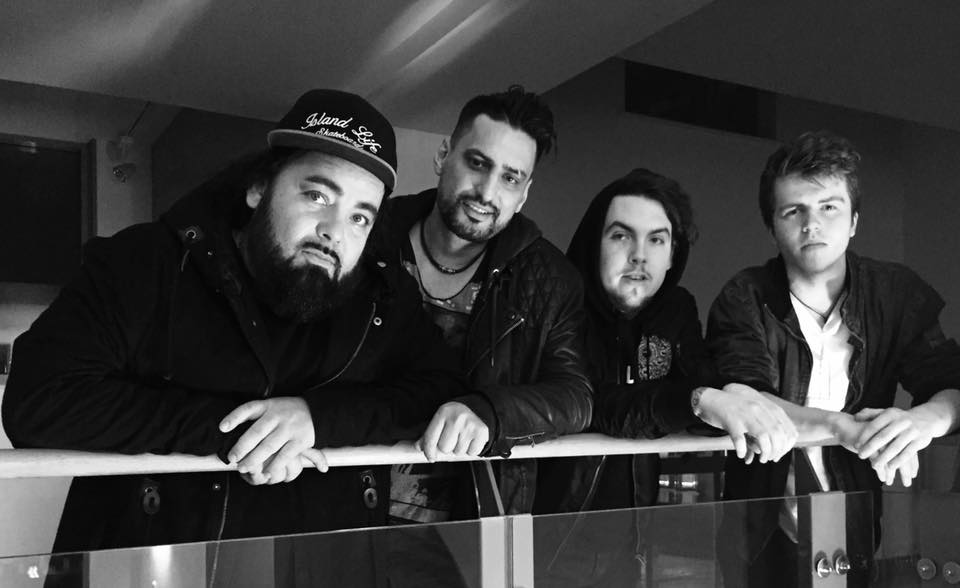 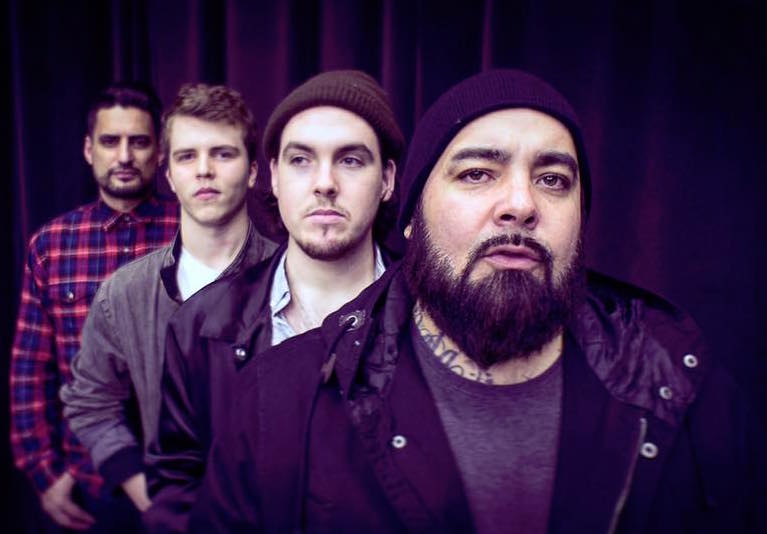 The band’s self produced music is mixed by Grammy Award winning mixer and producer Tim Latham (Tribe Called Quest, De La Soul, The Rolling Stones and Erykah Badu). Benbini first met Latham during a Lou Reed session at Quad Studios in New York. They immediately hit it off, and when it came to mixing the Uncle Frank album, Latham believed in the project so much, he committed to it before the band even secured a record deal.

On Friday, March 17th at 8:00PM GMT, 4:00PM EST make sure to tune in to Facebook LIVE and hear the “lush soul vibe, hip hop and street sounds and some genius songwriting” of Uncle Frank during their “Love Lion” Album Launch Party!