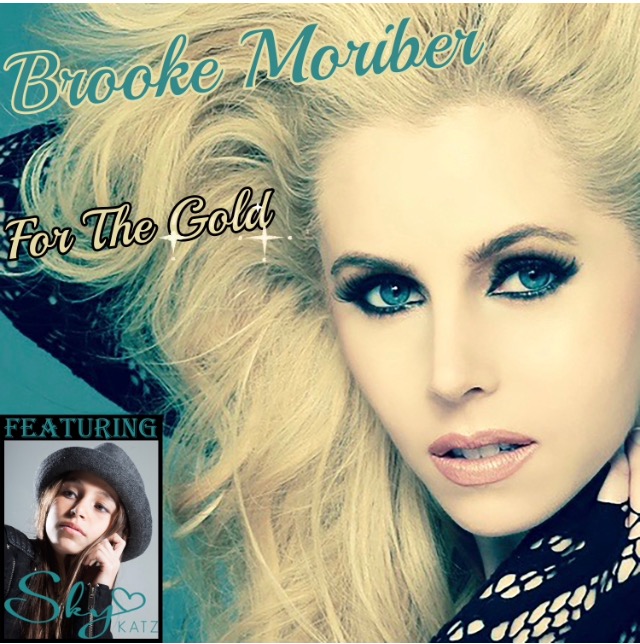 This St. Patrick’s Day, Friday, March 17th you won’t need to follow the rainbow “For The Gold” on the other side as singer/songwriter, rocker, and Broadway sensation Brooke Moriber releases another brand new single! Following her recent Valentine’s Day release of “Up All Night” with accompanying music video, Moriber has teamed up with 12 Year Old Hip-Hop Sensation Sky Katz of “America’s Got Talent” for a new inspirational track about determination and following your dreams.

In the empowering song, Moriber belts “Can’t stop me now, I’m gonna break the mold, I’m going for the gold, don’t have the time to wait forever // Now, I’m gonna take control, doing it for the gold, don’t have the time to wait forever” as Sky Katz hypes the message with her own dynamic lyrical flow adding “….ain’t nobody better than you, put your feelings aside // Keep your mind on the finish line, swallow your pride // It’s your time, the struggle is a reason to shine // Every mountain in the way, just be ready to climb // Everybody on the side you were meant to survive // If you do it for the gold take control of your life”. In an age where bold and courageous messages can be scarce, it is certainly a song that is meant to embolden.

Recent shows have earned Brooke Moriber glowing reviews applauding her “huge vocals” and original pop songs that are “destined for high rotation”, and with 7 Broadway shows to her resume, roles opposite such stars as Lili Taylor and Kristen Johnston (for which her acting ability received special praise by The New York Times), Cyndi Lauper, and Alan Cumming- she’s garnered many accolades as a dynamic performer on stage, film and TV. Brooke has had the opportunity to perform her music on East and West coasts, gracing the stages of legendary venues such as The Knitting Factory, Joe’s Pub, The Cutting Room, Pianos, Arlene’s Grocery, The Wellmont Theater, Genghis Cohen, Room 5, Mercury Lounge, Rockwood Music Hall, and the star-studded Bridgehampton Benefit for the Starkey Hearing Foundation at Campbell Stables. She’s also been doing many co-writes in NY, LA and Nashville with known commodities like Pulse Records’ Sean Walsh, Jimmy Nichols, and Brian Desveaux.

Brooke’s distinctive sound ranges in influences from Linda Ronstadt to Amy Lee and her New York City roots have lent to a very unique career. Growing up in Greenwich Village and down the block from NYC’s Washington Square Park–an area known for being an artists haven since the 1960s–it’s no wonder Moriber was drawn to the stage. Celebrated for her “clarion voice” by the Associated Press and as “A ravishing star with a paint-peeling belt”, she’s had the opportunity to work with legendary Broadway director Harold Prince in Parade- a musical in which she originated the role of “lola Stover.” Though her love for the stage is evident, Brooke’s talents have been summoned in front of the camera as well. Having made several TV appearances on Law and Order: CI, Swift Justice, A Town’s Revenge, Off-Track Betty, Descent, and As The World Turns.

Yet with all that time performing both on and off Broadway as well as her many TV appearances, Moriber had also managed to catch the attention of producers who discovered that she had yet another gift as a talented songwriter. Piecing together catchy hooks that connected with listeners and turned life’s ups and downs into driving pop/rock tunes, she quickly took to performing with her own band. 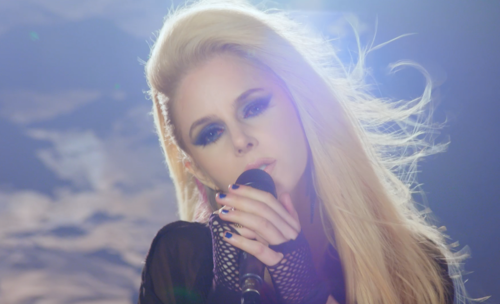 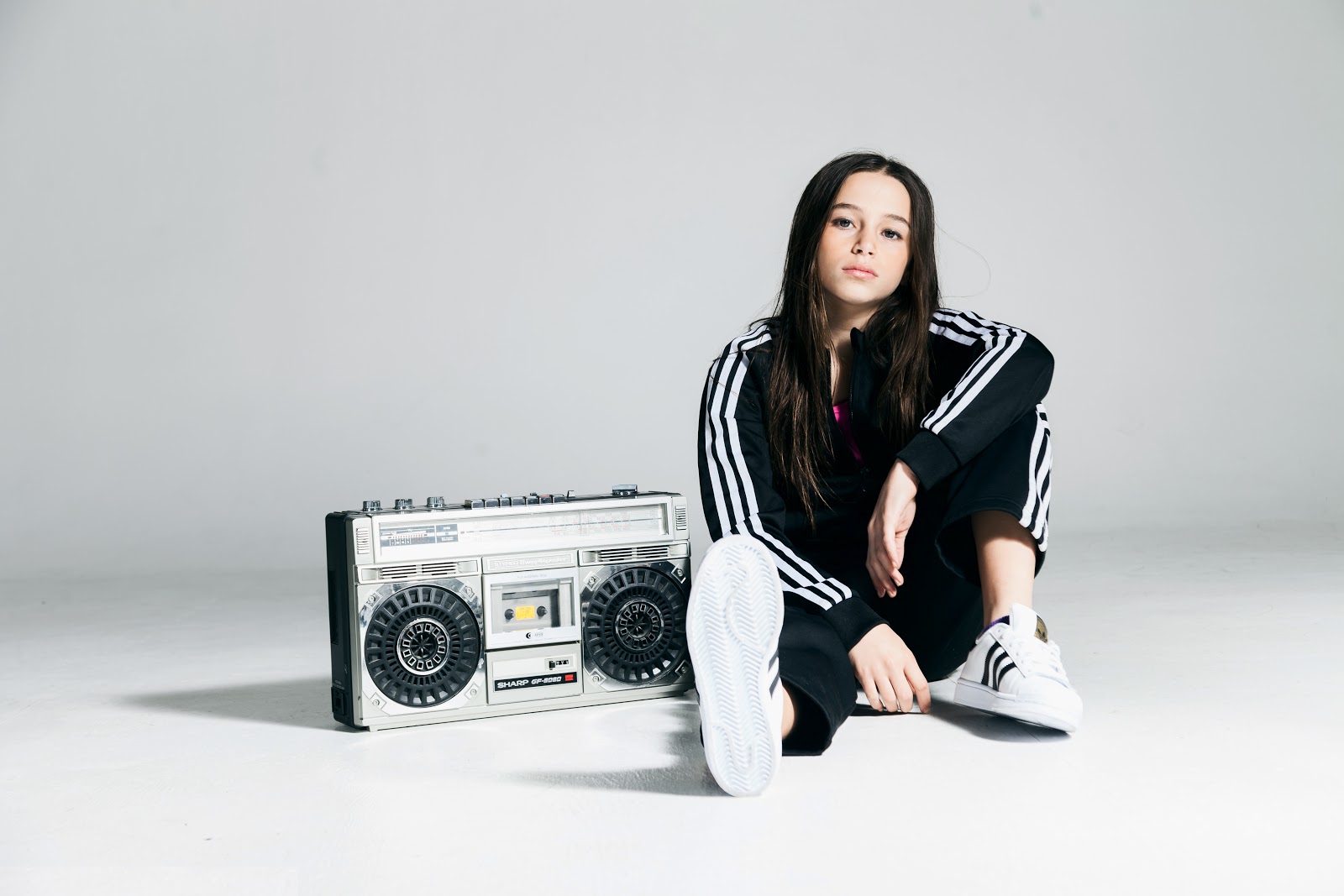 Hailing from Long Island NY, Hip-Hop Pioneer and BMI Recording Artist Sky Katz has been hitting the ground running in the music industry since discovering her talent and passion for rapping at the age of 5. Sky has kept the momentum up ever since with her dynamic, witty, and energetic style with an old school chemistry. Appearing on Season 11 of America’s Got Talent, she wowed the panel judges (and audience) with her single “Fresh”. Her single “Haters” (A re-vamp of Biz Markie’s “Just A Friend”) followed suit, which received critical acclaim and positive reception worldwide. With the media taking notice- she’s been featured on Pix 11 Morning News, Fox 5’s Good Day NY, and has been interviewed by Newsday, The New York Post, and more!

Now, as the two stars have come together for this hard-hitting and fearless new track, it will surely empower others to want to reach new heights and go “For the Gold” this St. Patrick’s Day, Friday, March 17th!

For More Information on Sky Katz, Go To: