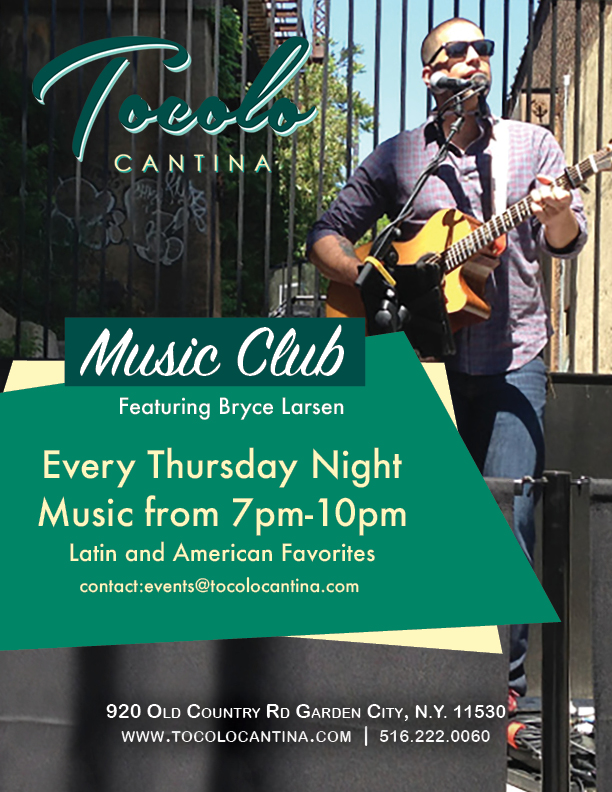 Larsen uses live-looping to combine guitar, vocals, and beat boxing, creating an entirely new take on the “one man band.”

The American Idol alum is known for the versatility of his repertoire, singing the hits and cult favorites from every era and every genre, in English, Spanish, and Portuguese. Bryce makes it a point to create an experience for his audience by constantly conjuring new versions of popular music, linking songs together and building huge looped soundscapes before your eyes that are worthy of a stadium performance.

Bryce’s most recent original release, “Here’s to You,” is a full length, independently produced album that was funded through a Kickstarter crowd-funding campaign that raised over $24,000. He used the money to spend three months in Nashville, TN, working with producer Freddy Wall at the legendary Dark Horse Studios.  You can find “Here’s to You” on iTunes, Spotify, Amazon, and at any of Bryce’s shows, alongside a CD titled “best of the Bar,” his constantly changing collection of live cover song recordings. 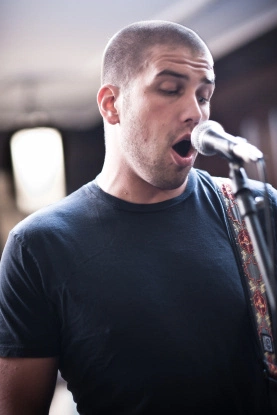 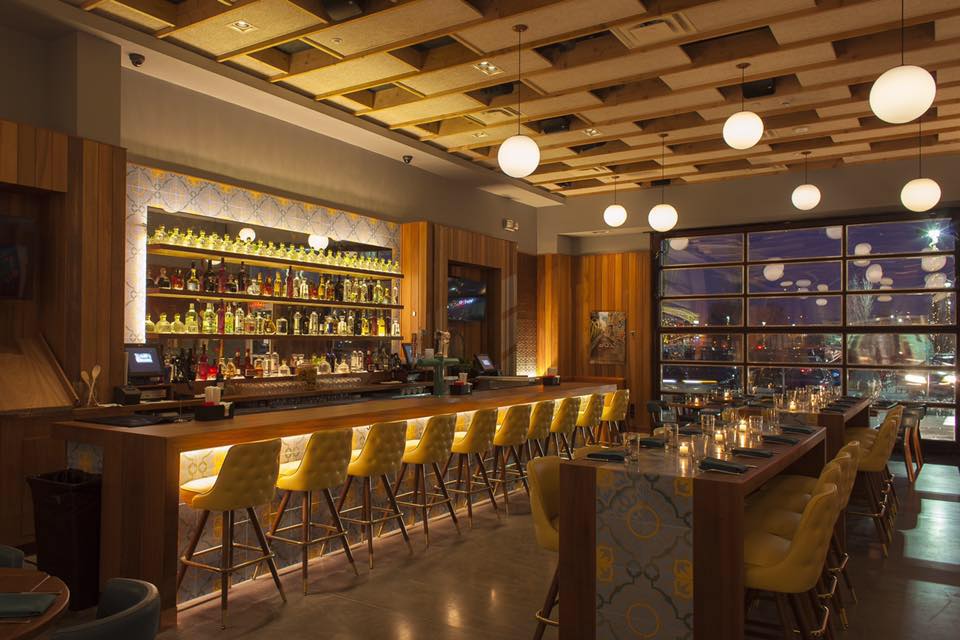 Tocolo Cantina serves refined, modern Mexican food in a friendly, high-service, and casual atmosphere. The restaurant space was designed to merge the modern elements of a California eatery with those of a Mexican cantina to create a warm and inviting feel.  It is fit with encaustic tile, copper walls, a lively bar in the center of the room, and a hydraulic garage door that forms an outdoor canopy when opened.

All great Mexican food begins with the tortillas and masa, and the Chefs take great pride in preparing these items fresh every day resulting in flavors that perfectly accent the different tastes of each dish. Tocolo’s menu incorporates both traditional Mexican fare and their own modern interpretations of customary dishes. The menu’s mix of small and large plates, as well as its two large communal dining tables, hopes to inspire long celebrations over food.

Brand new menu items include the Banana leaf wrapped Mexican baby back ribs- Slow cooked in banana leaf and rubbed with a secret mix of cascabel chile, paprika and other seasoning, and served with a house-made jicama and red cabbage slaw; Shrimp and spinach Enchiladas- chipotle marinated shrimp sautéed with fresh spinach, minced garlic and house-made green chorizo, rolled with Oaxaca cheese in corn tortilla and finished with a green tomatillo salsa and romaine lettuce, and now on weekends the Lobster Tacos- Butter poached lobster served on a bed of roasted corn, queso fresco, watercress, cilantro and chipotle mayo. Lunch Happy Hour is everyday 12pm to 5pm, and features a Prix-Fixe lunch special! Every Tuesday is “Taco Tuesday” with amazing deals at the bar and high tops all night long. Authentic Mexican Brunch is served every Saturday and Sunday starting at 11:30am, featuring items such as Tres Leches French Toast, Huevos Rancheros and Benedict Zope.

Rated “Excellent” by The New York Times and “Very Good” by Newsday, the bar/restaurant strives to deliver the best Mexican food on Long Island!

Open for lunch and dinner daily!