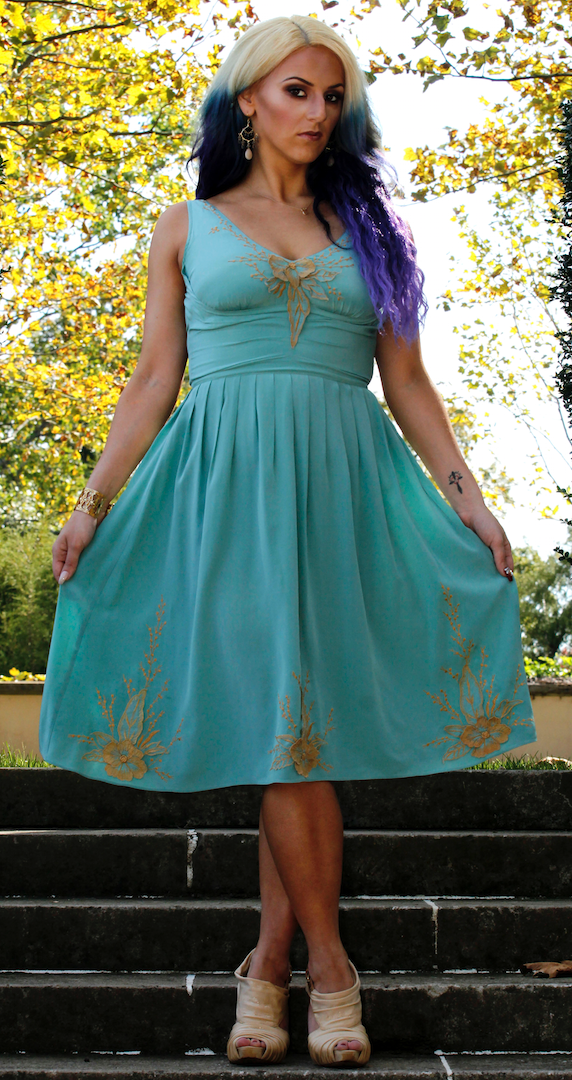 April, 2016 (New York, NY) — It takes a great deal to be not only extremely versatile in today’s music industry, but to have the passion, drive and entrepreneurial spirit to take fans by storm, and with her self-titled debut EP and powerful live performances- NY recording artist Corvaa has done just that! Combining genres from pop music to dance, electronica, and house music, she’s able take art and evolve it to suit her unique tone/voice. With her new single “Zipper” OUT NEXT WEEK on iTunes, Amazon, Spotify, Rhapsody, Google Play and various other online platforms along with two shows coming up Wednesday, April 13th at Astoria’s Melrose Ballroom and Wednesday, May 4th at Revolution Bar & Music Hall in Amityville for a Live TV Taping on Verizon FiOS1’s Rick’s Rising Stars; you’ll have your chance to see this creative talent in action!

Corvaa, the chameleon vocalist, is twenty-eight and a full time entrepreneur. Originally born in Piraeus, Greece she was adopted and raised on Long Island, NY. Re-starting her musical journey in 2013, her initial recordings were all rough, raw, & recorded out of her house through a cell phone. Each time she would sing, the recording was uploaded directly onto Soundcloud. While doing so was a risk, she focused on her talent being showcased vs the quality of the files. Fast forward to present day, and that risk seems to have paid off immensely: with 50,000+ plays on Soundcloud, 10,000+ followers on Instagram & 5,000+ likes on FB, the music industry has taken notice of Corvaa, the artist.

As her following continues to grow, the star yearns to put out quality vocals with beats that pack a punch! Her debut EP disc can be heard on Itunes, Spotify, Amazon, Google Play, CD Baby, and tons of other platforms, and in her own words, she’s said of the monumental undertaking “Knowing I have my own disc of music in under a year puts me at a loss for words. I want to take a moment to personally thank each and every fan out there who continues to support & spread the good word. A quote I live by and have taken so literally it’s tattooed on me: Believe, for anything is possible.”

On her quest for stardom Corvaa realized with bold certainty “I want an empire.”, and in order to create this empire, she would need the right people around her. It takes any artist the right team to achieve their goals, but what brings it all home is Loyalty, and because of this- Team Corvaa was composed of talented artists that reside around the tri-state area, acting as extended family to the singer. At the head of this team is the talented Mark Johnston, who acts as her business partner.

With her music having been supported by Party 105.3 FM, WKRB 90.3, Z88.9, Party 103, Harrah’s Pool After Dark, and Sizzahandz of Crooklyn Clan- its reached over 100 countries and is currently featured on MTV’s Website: www.mtv.com/artists/corvaa. Her hit single ‘In and Out of Love’ has been heard around the country in NYC’s Highland Ballroom, Stage 48 and Tokya, as well as on the West Coast in California’s Heat Ultra Lounge and countless other cities in between!

With so much in store for this extraordinary vocalist, entrepreneur, and creative force including her recently released single “Zipper”- you won’t want to miss your chance to catch her LIVE Wednesday, April 13th at Astoria’s Melrose Ballroom and Wednesday, May 4th at Revolution Bar & Music Hall in Amityville for a TV Taping of Rick’s Rising Stars on Verizon FiOS1!

For Tickets to Rick’s Rising Stars at Revolution, VISIT: http://clubloaded.com/revolution-bar-music-hall/

For More Information on Corvaa, Go To: