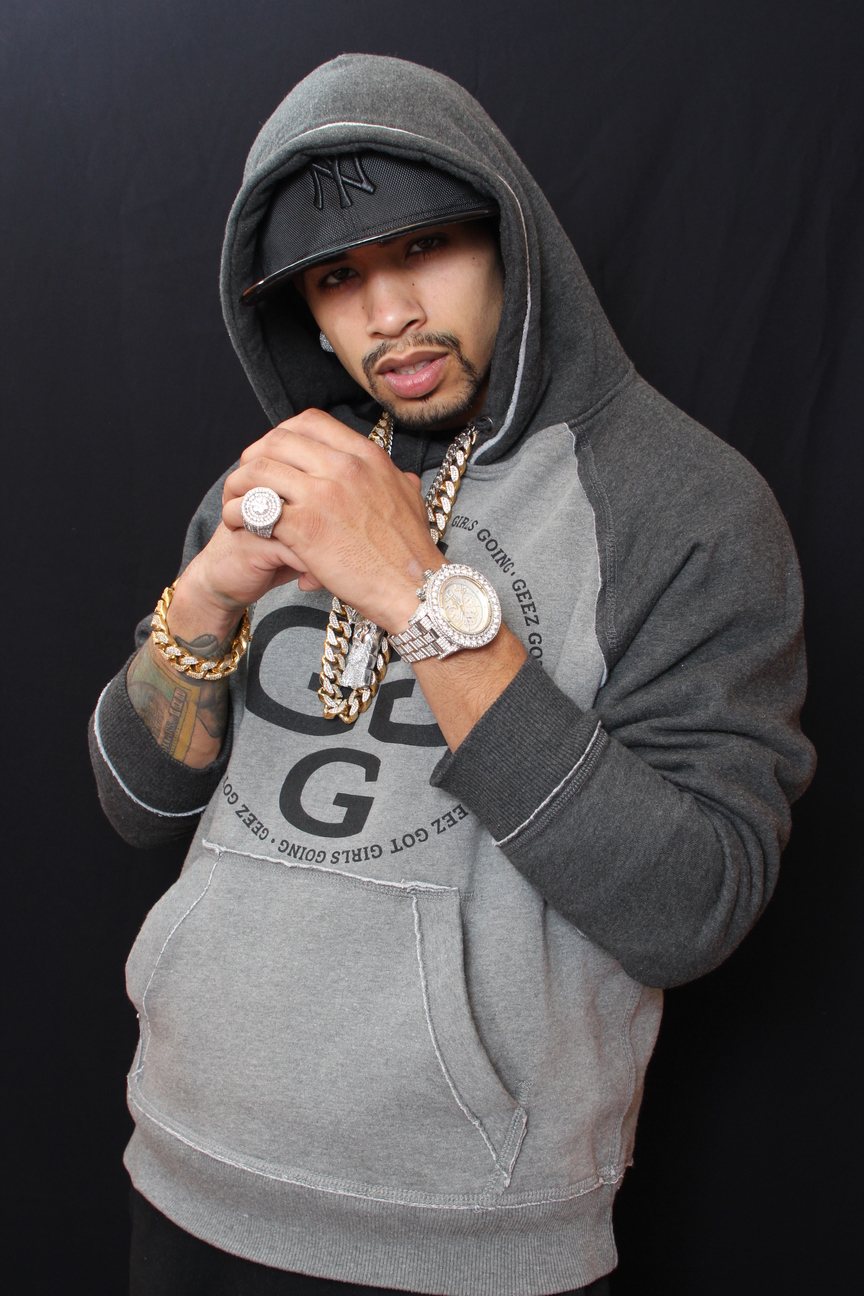 New York, NY (December, 2015) — On the heels of recent success with Josh X and Jadakiss having been included on “Talk About It”, Queens Hip-Hop Artist Geez Got Girls Going (GGGG) has been making waves from performances with hit DJ’s to appearances on Hot 97 and more! It seems the streets are buzzing with excitement for the up-and-comer as he works on releasing the follow-up to his debut mix-tape and continues to rep’ the city he calls home- NYC. But you can catch him hitting the stage to perform his new single “Hit You Back” on Thursday, December 31st at Genesis Lounge– 575 Nesconset Hwy, Hauppauge, NY 11788!

James Lampadusa, better known as GGGG (GeezGotGirlsGoing) is a Hip-Hop Recording Artist/Songwriter and Record Producer who represents Queens, New York to the fullest. Born of Haitian and Italian descent, Geez began his journey into music at the tender age of 7 playing drums and creating beats, but began heading down a bad path as a youth, later dropping out of school and winding up in a life of crime. After an arrest at age 15, he’d come to a cross-roads and decided that he wanted to focus his full consciousness on the dream he’d left behind- music.

With determination and grit, Geez began to align himself with some of the most respected executives and musicians in today’s entertainment industry where his underlying desire for success began to blossom, and he would focus only on writing and producing full time. 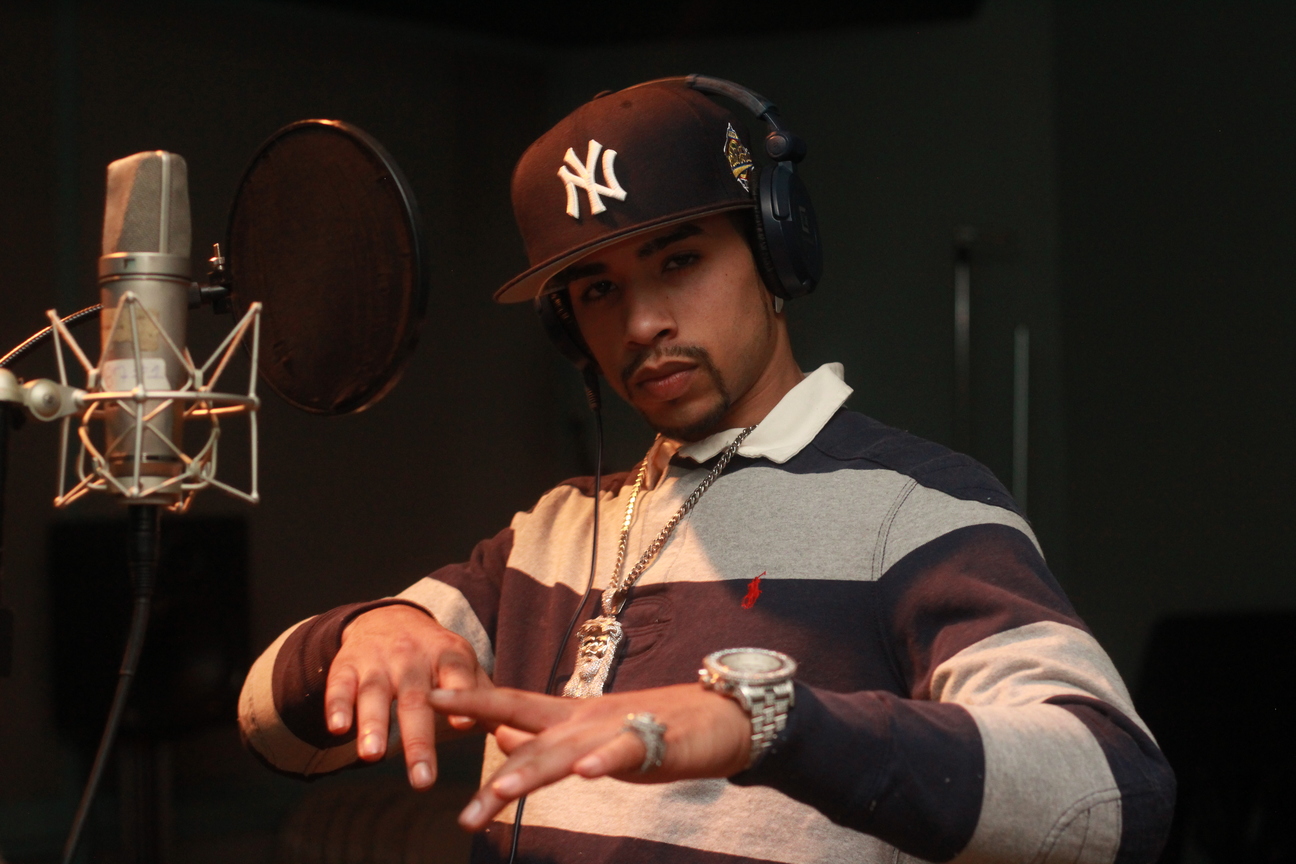 Quickly separating himself from his competition, he began taking notes on writing/producing from his cousin and R&B Singer Josh Xantus ( Josh X) who’d already been making waves in the music scene having been co-signed by the legendary Stevie Wonder early in his career. His first song which he co-wrote for Josh was titled “No Love”, and though it was never released- it proved a spring-board for the young star who would go on to be featured on “Talk About It” by Josh X, also featuring Jadakiss, which was released earlier this year. Having toured extensively with Josh X making several appearances on well known Hip-hop and R&B radio stations including famed NY station Hot 97, the video for “Talk About It” even premiered on World Star Hip Hop- the #1 urban outlet for breaking the hottest new artists nationwide.

A self proclaimed “King” and “Leader”, GGGG recently began promoting his new clothing company entitled “Geez Got Girls Going” which was inspired from all the love that he gets from his female fans. Continuing to go hard building his reputation in all 5 boroughs and the tri-state area, Geez is currently working on his second mixtape “Geez Too Fly For Words” and has played a number of recent shows from Le Souk Restaurant & Lounge in Manhattan to his last CD Release at Play Lounge in Queens, NY with Power 105’s DJ Suss One.

With an upcoming New Year’s Eve performance of his hit single  “Hit You Back” on the horizon at Genesis Lounge Hosted by Kaylin Garcia along with Troy Ave & Friends, DJ Self, and DJ Allstar…..Geez’s ruthless flow, rugged but passionate lyrics, and determination to continue learning and growing in his knowledge of music and the industry behind it make him an unstoppable force in Hip Hop. But to see for yourself and follow Geez’ success into 2016, you can join him Thursday, December 31st at Genesis Lounge, 575 Nesconset Hwy, Hauppauge, NY!